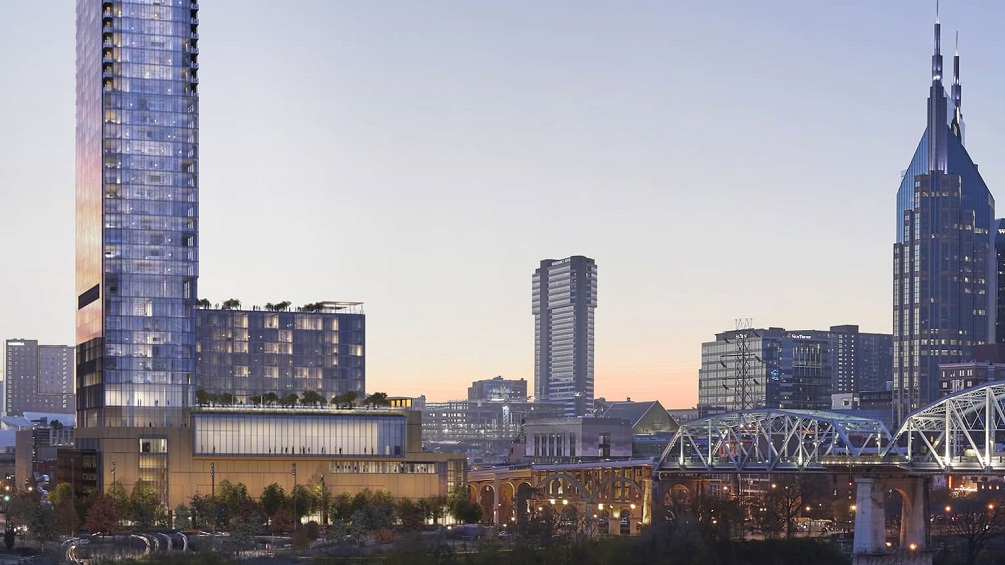 Reservations are already being taken for the Nashville location of the newest Four Seasons hotel, which will open for business in September.

In the downtown SoBro entertainment district, the 235-room Four Seasons Hotel and Private Residences Nashville will debut. It will feature The Spa at Four Seasons and collaborate with celebrity trainer Harley Pasternak.

The hotel, which is housed in a 40-story glass tower and was designed by Soloman Cordwell Buenz, will also contain a spa and a resort-style rooftop deck with an infinity pool.

Between the seventh and fourteenth floors of the Four Seasons Hotel Nashville are home to 193 guestrooms and 42 suites. The hotel’s higher floors also include 144 private apartments.

Four Seasons’ Americas East hotel operations president, Antoine Chahwan, stated: “With every new location, Four Seasons takes inspiration from the local community and culture, celebrating what makes it special today, and proudly contributing to its future. Nashville’s creative spirit makes it one of the country’s most exciting destinations, and it will soon be home to a truly exceptional Four Seasons experience.”

The Four Seasons Hotel Nashville will open Mimo Restaurant and Bar, which will serve inventive cocktails and regional breweries while fusing southern Italian cuisine with Southern US influences.

The hotel is not only adjacent to the city’s top attractions for entertainment, but it is also accessible by foot from GEODIS Park, where Nashville SC, the city’s Major League Soccer franchise, calls home, as well as the stadiums of the Tennessee Titans and Nashville Predators.

Additionally, it is only a block from Broadway, adjacent to Riverfront Park, the Cumberland River, and the John Seigenthaler Pedestrian Bridge. Nashville International Airport is also only 15 minutes away.