Emirates A380 Routes to Expand as Covid Travel Restrictions are Relaxed 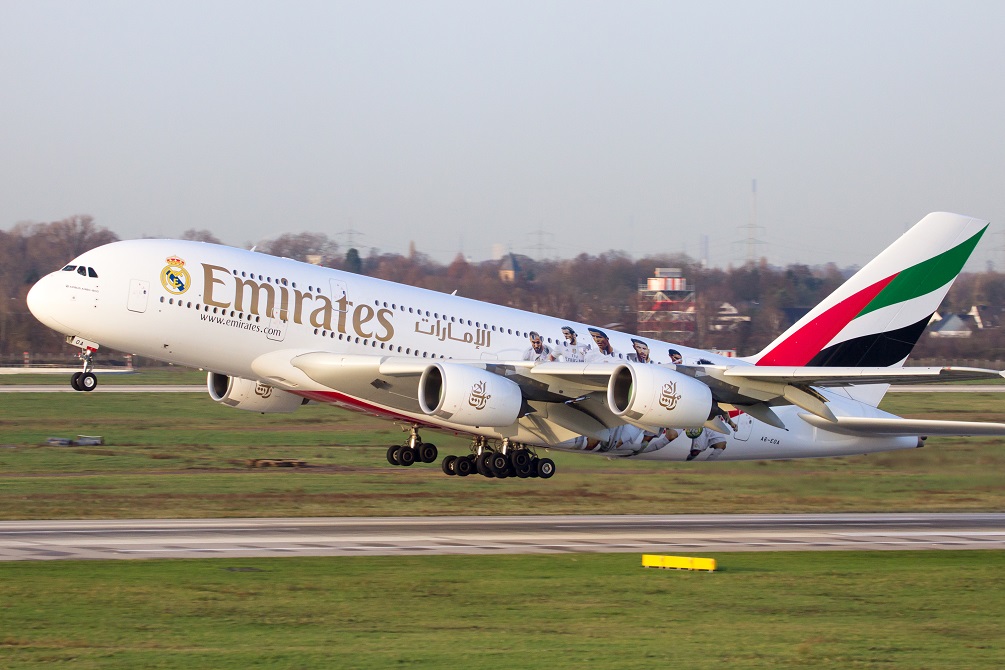 With the continuing relaxing of Covid travel restrictions around the world, Emirates’ flagship A380 aircraft will shortly be deployed to a broader number of locations beginning in October.

By the end of November, the number of cities served by the double-decker aircraft will have risen to 27, an increase of more than 65 percent from the current 16.

With the addition of 11 new destinations to the A380 network by November, the Dubai-based carrier will be able to provide about 165,000 additional seats.

The action demonstrates the airline’s “continuing commitment to and confidence in the A380,” according to a statement.

The statement came as rival Qatar Airways was forced to ground A380s because of the epidemic, resulting in a monetary loss.

From  1st October, Emirates will resume service to Amsterdam, Barcelona, Dusseldorf, Hamburg, Johannesburg, Madrid, Milan, Riyadh, Sao Paulo, and Zurich, as well as a new A380 route to Istanbul.

By the end of the year, the airline will have 118 A380s in its fleet, including six aircraft with premium economy seats in a four-class arrangement.

Emirates currently flies to over 120 destinations, accounting for 90% of its pre-pandemic network.

With the restoration to service of more than 50 A380 aircraft, plans to restore 70% of its capacity by the end of the year remain on pace.

Emirates is expanding its global network to suit increased demand for flights to Dubai and other places that enable quarantine-free admission for certain nationalities and vaccination status.

Emirates stated: “The Emirates A380 remains highly sought-after by travellers for its spacious and comfortable cabins featuring modern amenities to make the journey a memorable experience.

“The airline is gradually and responsibly deploying its popular aircraft in sync with passenger demand as the travel industry continues on its path to recovery.

“With Expo 2020 Dubai just days away, the city is preparing to welcome visitors for the world’s largest gathering and highly-anticipated event which will include a rich line-up of themed weeks, entertainment, workshops, live shows as well as country pavilions and special installations to get a glimpse of the future.”