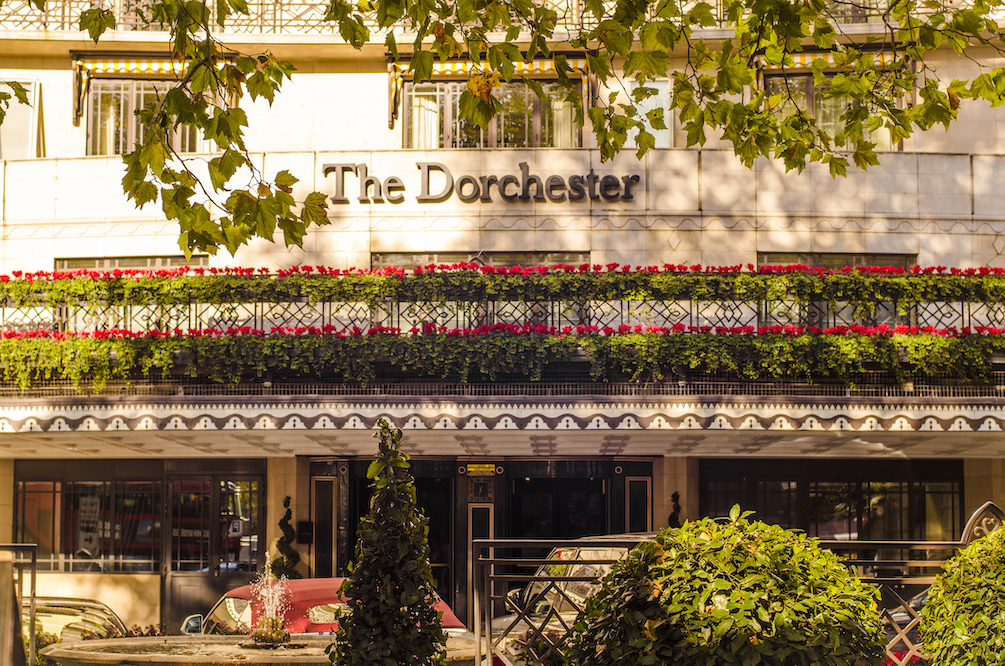 The first phase of The Dorchester Hotel’s extensive renovations, which is scheduled to be finished in early September, has been detailed.

The hotel has commissioned Pierre-Yves Rochon, an interior designer, to revamp the hotel lobby, The Promenade, and the guest rooms and suites. The bar will be redesigned by interior architecture and design expert Martin Brudnizki Design Studio.

The Cake & Flowers boutique, a partnership between executive pastry chef Michael Kwan and florist Philip Hammond, will be unveiled as part of The Dorchester’s refurbishment.

The Rochon-designed shop will have a distinctive entrance on the hotel’s corner of Deanery Street and decorative windows. It will sell Champagne, pastries, cakes, bouquets, hampers, and bouquets.

After the upgrades, guests staying at the Mayfair property will have a choice of new signature and junior suites. The hotel will remain open throughout the summer refurbishment.

New color schemes will be used in all of the rooms and suites. These palettes, which were inspired by an English garden, feature light leaf greens, rose pinks, heather blues, and lemon yellows.
New lighting will revitalize The Dorchester’s front, and guests will enter a forecourt that has been improved with green granite flooring and a planted garden area. The open lobby will include two brand-new works of art.

The Promenade will still provide eating options, such as afternoon tea, and a brand-new space where visitors may savor Champagne, seafood, and entertainment.

The Promenade will also feature a display of modern paintings by British artists, all of which have as their subject matter nature and the British countryside.

Martin Brudnizki is remodeling the hotel’s bar, which will be inspired by “the spirit and elegance of the roaring thirties, a time when manners were still vital and yet mayhem was embraced,” according to the description of the area.

A dedicated Park Lane entrance and an outside terrace with views of Hyde Park are now possible thanks to the bar’s new structure. A 1930s Palladium leaf ceiling, a cozy, original sketches, and celebrity pictures by Cecil Beaton are all included.