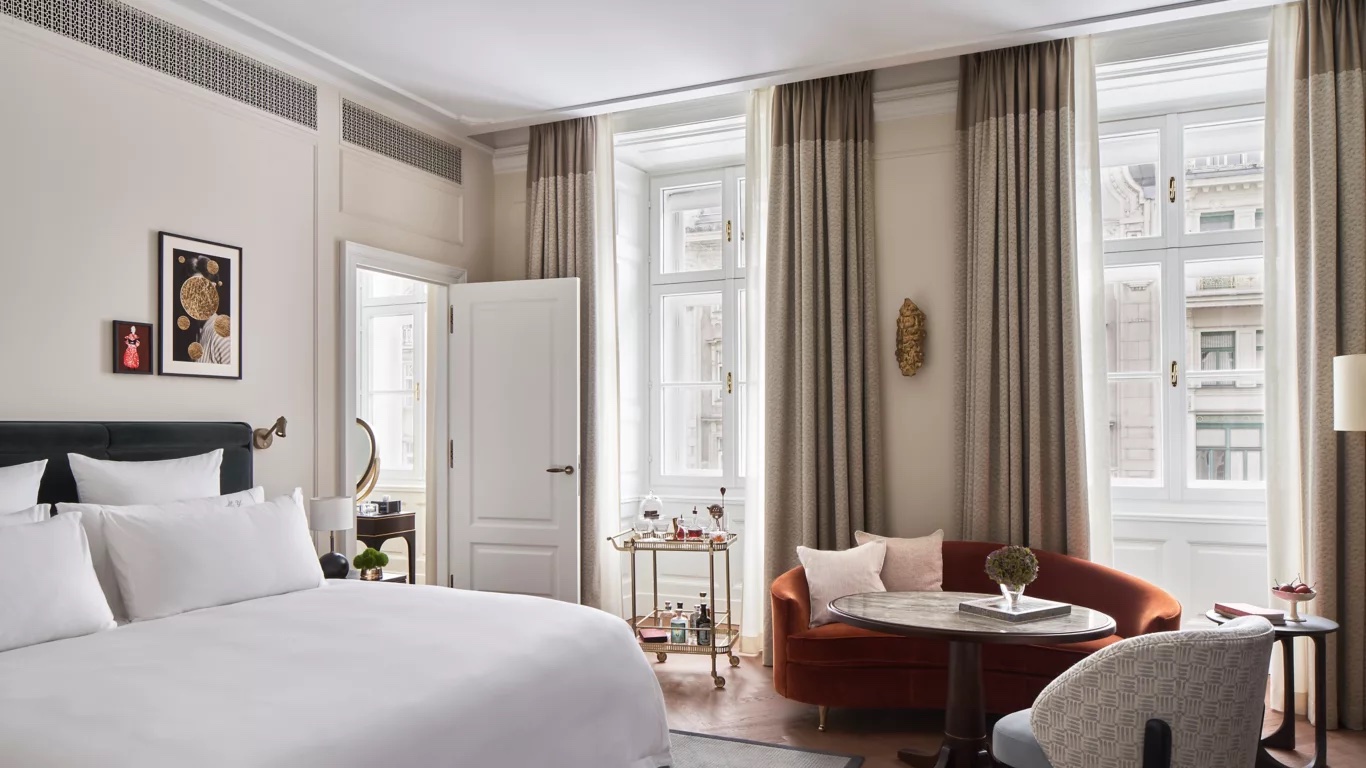 The Rosewood Vienna, which opened on 1st August and contains 71 rooms and 28 suites, has welcomed its first guests.

It is the brand’s first establishment in the German-speaking market and the fifth property in Rosewood Hotels & Resorts’ portfolio that is situated in a European plaza named Petersplatz.

The 19th-century structure where Rosewood Vienna now resides was previously the Erste Group Bank AG’s corporate headquarters, and it has an apartment where Mozart once resided. Two Vienna-based architecture firms, A2K and BEHF, are in charge of the property’s transformation.

The hotel’s decor was managed by London interior design firm Alexander Waterworth, which used a neutral color scheme in the guestrooms. They have furniture that was manufactured especially for them, such as a minibar made of walnut, leather, and locally found grey marble. As part of a cooperation with the art and styling curation organization Atelier27, artworks have been commissioned from a variety of international artists.

Hoffmann House, the presidential suite, is named for the Viennese modernist designer and architect. A master bedroom, living room, entertainment space, dining room with eight seats, and kitchen are all included in the 1,916 square foot suite. The apartment, which is on the third floor, may be connected to up to seven guestrooms and has a separate entrance.

The rooftop cocktail bar on the seventh floor takes its cues from a vintage speakeasy, while Salon Aurelie in the hotel’s foyer offers a contemporary Viennese coffee house atmosphere.

The building houses Asaya Spa, the first Rosewood spa to be located outside of Asia. It has two levels. It features a social suite, a relaxation space, a sauna, a steam room, and an experience shower in addition to four treatment rooms.