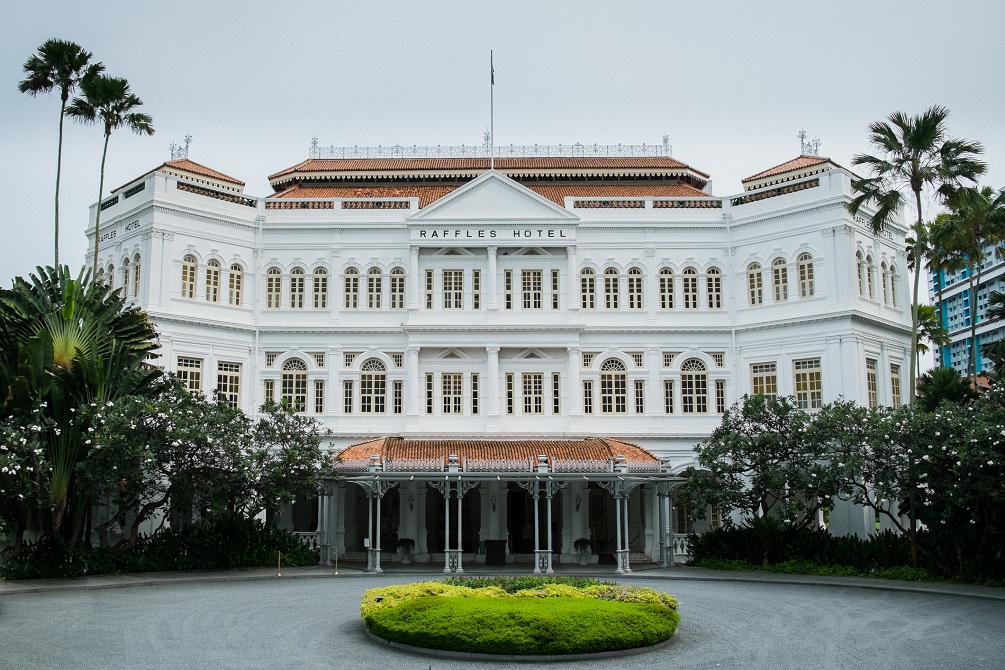 Raffles Hotels & Resorts has announced that Raffles London at The OWO, its first UK hotel, will open in late 2022 at the former Old War Office on Whitehall.

It will be the first time the grade II listed building has been available to the public since it was erected in 1906 by British architect William Young and served as the inspiration for Ian Fleming’s James Bond series.

In collaboration with the Hinduja Group, the building was renovated over five years, adding 120 rooms and suites, 85 branded homes, a spa and fitness center, and 11 restaurants and bars, including a rooftop restaurant with views of The Mall and Buckingham Palace.

Hand-laid mosaic flooring, oak paneling, chandeliers, and an intricate marble staircase are among the original elements, with interiors designed by Thierry Despont, who has worked on historic restorations such as Maison Cartier, The Carlyle, and the Statue of Liberty.

The building’s storied chambers, which have hosted the likes of Winston Churchill, David Lloyd George, and John Profumo, will house key suites. Others will be in the corner turrets of the structure, which have views of Horse Guards and St. James’s Park.

Raffles Hotels & Orient Express’s chief executive, Stephen Alden, said: “The launch of Raffles London at The OWO is a singular moment for the London hospitality scene as the Raffles brand arrives in the city.

“We are so proud to be part of the magnificent five-year transformation of the historic Old War Office building. We have a world-class team to oversee the opening, in whose hands I’m confident that the Raffles experience of London, for our residents, guests and visitors alike, will be unforgettable.”