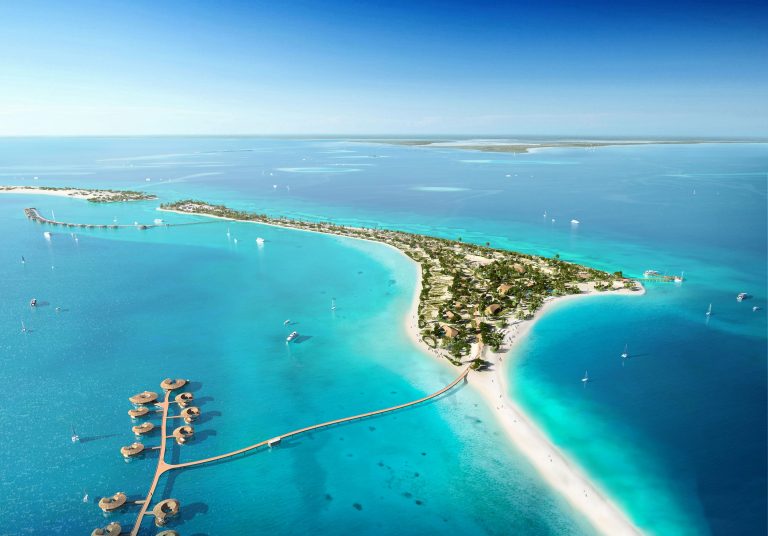 As part of the Red Sea Project in Saudi Arabia, Marriott has struck an agreement with the Red Sea Development Company to build two new premium hotels (a St. Regis and an EDITION). The Red Sea Project is one of Saudi Arabia’s first “giga” projects, as part of the country’s ambition to become a more popular tourist destination. This huge project spans 28,000 square kilometers on the country’s west coast and includes a natural archipelago of over 90 islands.

According to rumors, Saudi Arabia’s alcohol ban and other limitations may not apply to this project because the purpose is to build an international attraction.

The St. Regis Red Sea Resort, which will be the brand’s first location in Saudi Arabia, is set to open in 2023. On a private island, the hotel will have 90 villas, two trademark restaurants, an outdoor pool, a fitness facility, a spa, and a children’s club. As you can see from the photo, the resort appears to include overwater bungalows.

The EDITION Red Sea Resort, which will be the brand’s first property in Saudi Arabia, is set to debut in 2023. The hotel is scheduled to include 240 rooms, including suites with one, two, and three bedrooms. Two trademark restaurants, a destination bar, a beach bar, a fitness facility, a swimming pool, and a spa will be available at the hotel.