Loganair will Service Dublin from Aberdeen for Stobart Air 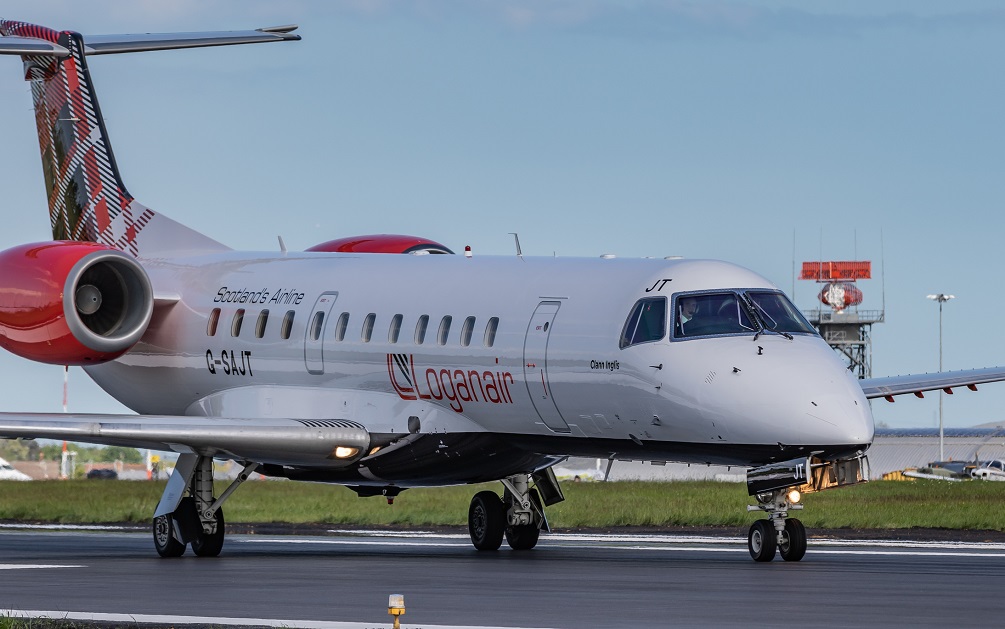 Tickets are on sale now for the September 5th link between Scotland’s oil and gas center and Dublin, Ireland’s capital starting 24th June.

The service will be served by 49-seat Embraer 145 regional planes, with one-way tickets starting at £64.99 from Aberdeen and €69 from Dublin, inclusive of all taxes and levies.

Initially operating four times a week on Mondays, Thursdays, Fridays, and Sundays, the service will be expanded to daily service on 28th March of next year, with additional flights on Mondays and Fridays beginning 24th April 2022.

It’s also the first time the Glasgow-based airline has visited Dublin since suspending its Inverness service last year. From Dublin, Inverness and Teesside will be part of the Loganair network next summer.

Loganair will offer connections from Aberdeen to Dublin via its network, including Sumburgh in Shetland and Kirkwall in Orkney.

Kay Ryan, Loganair’s chief commercial officer, said: “We are truly excited to be operating this important service and pleased to be able to step in and quickly restore the vital link between these two great cities.

“It fits well with our increasingly dominant presence as the UK’s premier regional airline and develops our growing relationship with IAG through our codeshare with BA. We now look forward to enhancing our connectivity further as we work closely with Aer Lingus.

“We believe that, as certainty grows with the ongoing Covid-19 vaccination program, an easing of current travel restrictions to and from the Irish Republic will allow customers to book and travel with confidence.”

“These routes strengthen our connectivity in the north-east of Scotland following the collapse of Stobart Air two weeks ago. Bringing back business safely is a key priority at our airport and this route will be warmly welcomed by our passengers and stakeholders,” said Matt Hazlewood, group commercial director for Aberdeen airport owner AGS Airports.

Vincent Harrison, the managing director of Dublin Airport, said: “Dublin airport has historically had very strong connectivity to a host of British cities and we’re happy to see Loganair restoring the direct connection between Dublin and Aberdeen and offering onward connectivity to a number of other Scottish destinations. We’ll be working hard with our colleagues at Loganair to help drive traffic in both directions on the new service.”