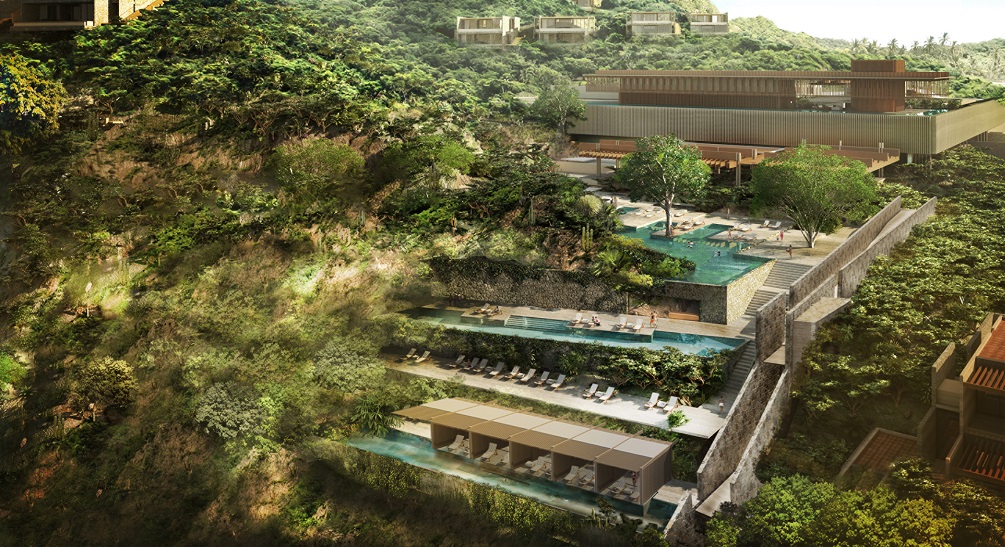 Bookings are now open in anticipation of the late 2022 inauguration of Four Seasons’ newest resort, which will make its premiere this winter on a private peninsula of Mexico’s Pacific coast.

The brand-new Four Seasons Resort Tamarindo, the company’s fifth property in Mexico, will be located in the state of Jalisco’s Costalegre district, south of the well-known tourist destination Puerto Vallarta.

The seaside resort is significantly influenced by Mexican architecture, style, landscapes, and cuisine, and Four Seasons refers to it as “a salute to Mexico.” Many of its 157 rooms have their own plunge pools, and the resort’s amenities include four restaurants and bars, including Coyul, which is home to renowned Mexican Chef Elena Reygadas.

There will also be an 18-hole golf course, three pools, an Escondite teen center, and a health and wellness experience highlighting traditional practices.

Three beaches and a 3,000-acre forested reserve, 98% of which will stay undisturbed, are located around the resort’s focus on nature. Along with intentions to produce tequila from its agave azul plantation “with the blessing of” Mexico’s Tequila Regulatory Council, the 35-acre Rancho Ortega is located there, according to the resort.

The Discovery Center, run by a group of on-site biologists, will be at the center of the Four Seasons Resort Tamarindo, allowing visitors to interact with the natural beauty of the ocean and jungle throughout the reserve. More than 70 endemic species of fauna, as well as hundreds of birds, mammals, amphibians, and reptiles, are found in the area, contributing to its biodiversity.

A team of archeoastronomers will lead visitors in stargazing from vantage points like Vista, pointing out certain planets and constellations while discussing the significance of the cosmos for pre-Hispanic people and how it inspired structures and customs.

“We are dedicated to the concept of ‘rewilding’, enabling the Earth’s natural rhythms to flourish and nature to recover its balance,” said the resort’s general manager Felix Murillo. “Everything we are doing is guided by this ethos, and it is our hope that our guests will form a deep connection both to the land and the coastline, and that in doing so they can recover their own balance and leave inspired and energised.”