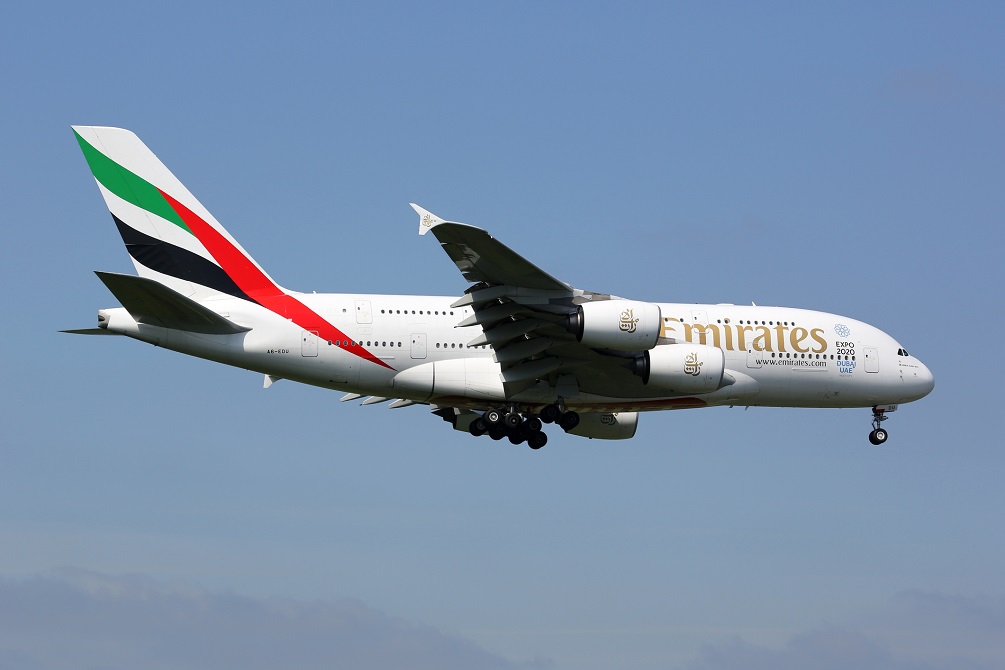 Emirates Airline will get three more Airbus A380 planes from Airbus this year, with the final plane joining the fleet in November, a month ahead of schedule from the initial delivery date of June 2022.

Emirates now has a total of 118 A380s in its fleet, including six aircraft with Premium Economy seats in a four-class arrangement.

The wide-body, double-decker aircraft was reintroduced in response to increased passenger demand on Wednesday (1st September), with the Dubai-based carrier also resuming A380 services to Manchester airport.

The airline’s president, Sir Tim Clark, said: “We’ve come to an agreement with Airbus to bring forward the delivery of our remaining A380 orders and have secured financing for these units.

“These new aircraft will also add more highly sought-after Premium Economy seats into our inventory, as we prepare to fully launch this cabin product in the coming months.

“Emirates will continue to be the largest operator of this spacious and modern aircraft for the next two decades.”

Emirates will resume A380 service on more than a dozen routes from Dubai by the end of October, including Heathrow, Manchester, Moscow, New York JFK, Paris, Toronto, and Washington DC.

In October, Emirates will increase its daily Dubai-Manchester route to a double-daily A380 service.

By the end of October, the airline will have 77 weekly flights to the UK, including six daily Heathrow flights, double-daily A380 flights to Manchester, a 10-weekly Birmingham route, a daily Glasgow service, and a four-weekly Newcastle service.