On 4th June, Carnival Cruise Line’s Mardi Gras docked for the first time in the United States at Port Canaveral’s Cruise Terminal 3, which was built expressly for the ship, which is the first in the Americas to be powered by environmentally friendly Liquified Natural Gas (LNG). Bolt, the ship’s roller coaster, is said to be the first at sea, according to the business.

Carnival Freedom and Carnival Liberty, both headquartered in Port Canaveral, joined Mardi Gras as it went down the cruise canal. To welcome Mardi Gras to the Space Coast, more than 1,500 people lined Jetty Park, which is located near to the terminal. 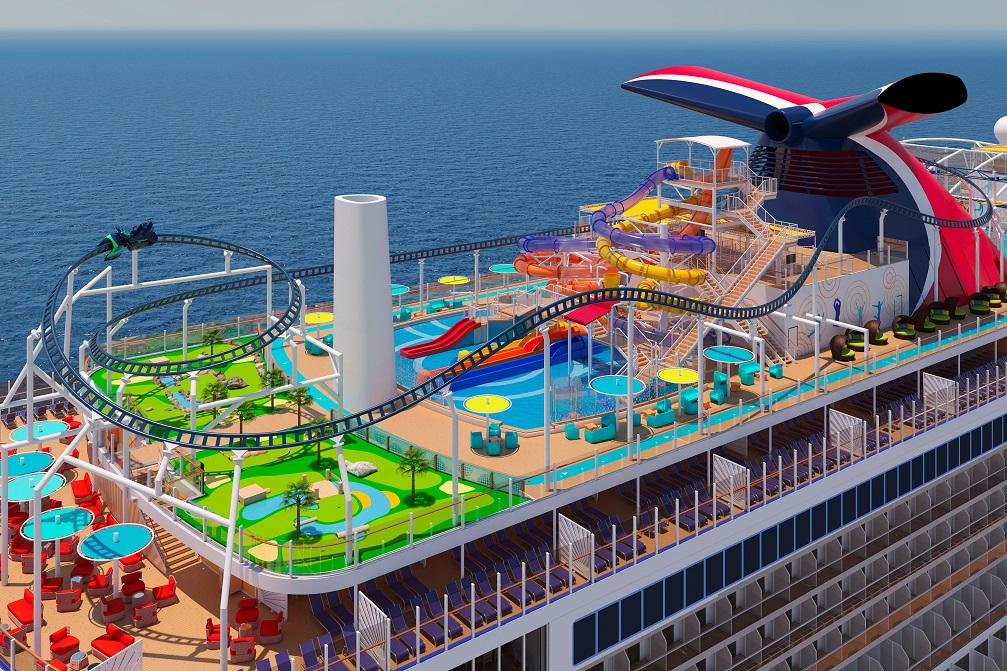 “Mardi Gras has been five years in the making and today’s arrival is a historic milestone for our company, not to mention a truly emotional moment for everyone here at Carnival Cruise Line,” Duffy said. “This ship offers so many innovations and ways for our guests to choose fun that we are certain that she will quickly become a guest favorite. And as we look forward to our restart in guest operations, Mardi Gras’ arrival is symbolic of the excitement and anticipation we have about the future at Carnival Cruise Line.”

The corporation will now start the process of expanding the Mardi Gras team to a total of 1,750 people.

The ship will have the first shipboard version of the TV show “Family Feud,” as well as more than two dozen restaurants including Guy Fieri, Emeril Lagasse, Rudi Sodiman, and the line’s Chief Fun Officer Shaquille O’Neal as chefs.

The longest ropes course and the largest water park in the fleet are among the outdoor attractions.

The Mardi Gras will depart from Port Canaveral year-round, with seven-day cruises to the eastern and western Caribbean.