BA and Virgin in Synchronized Take-Off at Heathrow 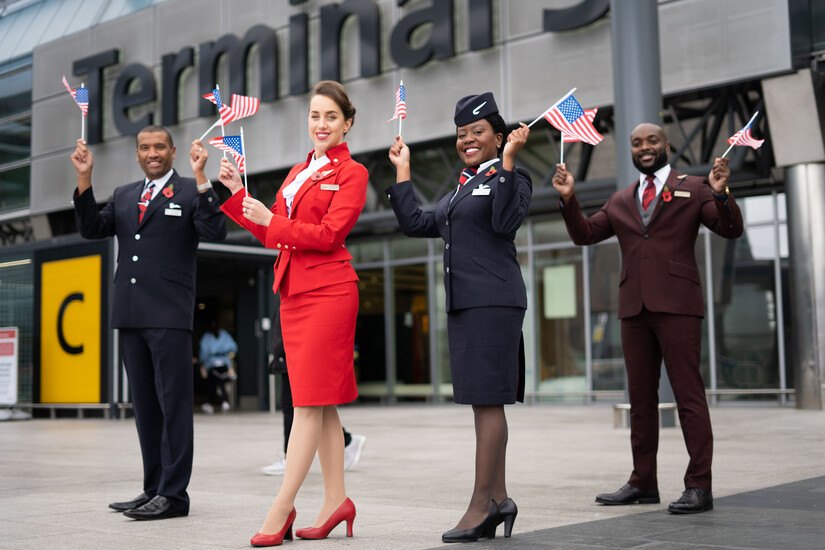 For the first time ever, BA and Virgin Atlantic will come together in a rare show of solidarity, taking to the skies in a synchronized departure on opposite runways at Heathrow, in recognition of a long-awaited and critical event for the tourism industry. Today, 8th November, British Airways flight BA001, which was previously allocated for Concorde, and Virgin Atlantic flight VS3, which will operate on A350 aircraft, will both depart London Heathrow for New York JFK at 8.30 a.m. British Airways is scheduled to land on runway 27R, while Virgin is scheduled to land on runway 27L.

In New York, there will also be a unique celebration where the Empire State Building will be illuminated.

Reopening the transatlantic travel corridor more than 600 days after the US travel ban was implemented will provide the aviation industry a huge boost, aid both countries’ economic recovery, and re-establish key business linkages. The United States is the United Kingdom’s largest commercial partner, and aviation provides £23 million to the UK economy every day. In 2019, 22 million passengers and 900,000 tonnes of freight traveled between the two countries.

The adjustment in US entrance criteria comes after the UK government announced in the summer that quarantine restrictions for fully vaccinated US visitors to the UK will be lifted. After more than eighteen months of travel restrictions, customers on both sides of the Atlantic will now be allowed to see loved ones and experience new and old areas thanks to world-leading immunization programs in the UK and the US.