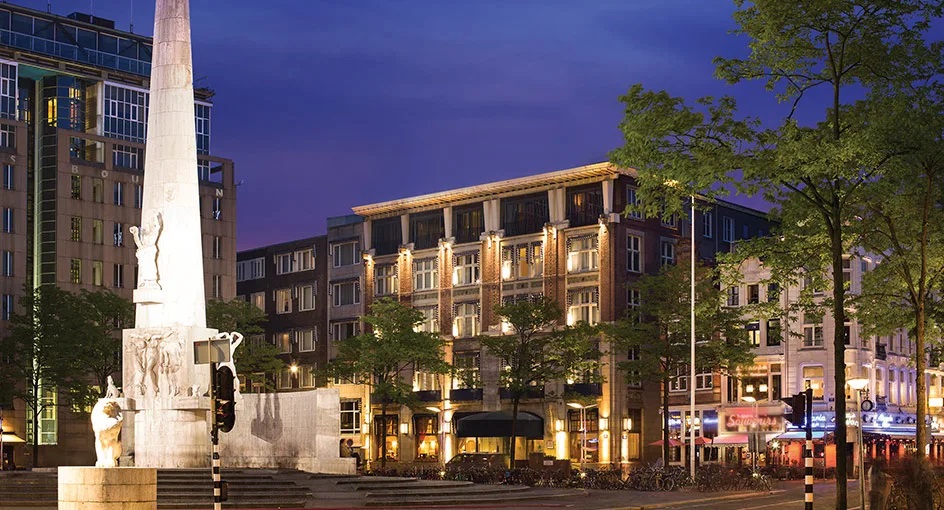 The building is situated in the heart of the city, looking out onto Dam Square and the Royal Palace Amsterdam. The new guest rooms, suites, spa, and inner garden have all been unveiled as the mammoth refurbishment nears completion.

The 402 guestrooms and suites at the hotel, which was formerly known as the NH Collection Amsterdam Grand Hotel Krasnapolsky, include the Presidential Suite, which has two bedrooms and 70 square meters of space. The 150 square meter Royal Suite has views of Dam Square and the Royal Palace.

A representative stated: “The hotel’s refurbished rooms and suites embrace guests in contemporary style with Anantara signature touches, whilst celebrating Dutch heritage and the famous canals.

“The interior design sees the guest rooms and suites swathed in warm tones, and soft, tactile fabrics that give warmth and texture. The furniture is inspired by mid-century designs and striking geometric lighting complements the softness of the supple leather headboards and plush cushions.”

Adolph Wilhelm Krasnapolsky, a Polish tailor, initially established a coffee shop here in 1856, when the structure was first constructed. It evolved into a hotel, and today the building is home to a number of old black and white photographs.

The Tailor bar, which bears the property’s original owner’s name, is one of the dining and drinking establishments. Additionally, the upscale eatery The White Room is run by former three-Michelin starred chef Jacob Jan Boerma. Additionally open to visitors are The Champagne Room and the Grand Café Krasnapolsky. The Wintergarden, which has a glass roof from the 19th century, is where breakfast is served.

Finnish, wet, and infrared saunas are available in the new Anantara Spa, which also uses the Swissline and Hannah brands. The hotel’s brand-new gym comes with Technogym equipment that includes cardio, weights, and a spinning climbing wall.

A program of local activities will be provided for guests, including tours of museums with an Anantara specialist, canal cruises, and the fishing village of Volendam.

With the opening of Anantara Vilamoura Algarve Resort in Portugal and Anantara Villa Padierna Palace Resort in Marbella, Anantara made its debut in Europe in 2017.

Tenerife, Spain
Home-schooling? Why not do it from somewhere sunny?
Santa Barbara Golf and Ocean Club by Diamond Resorts