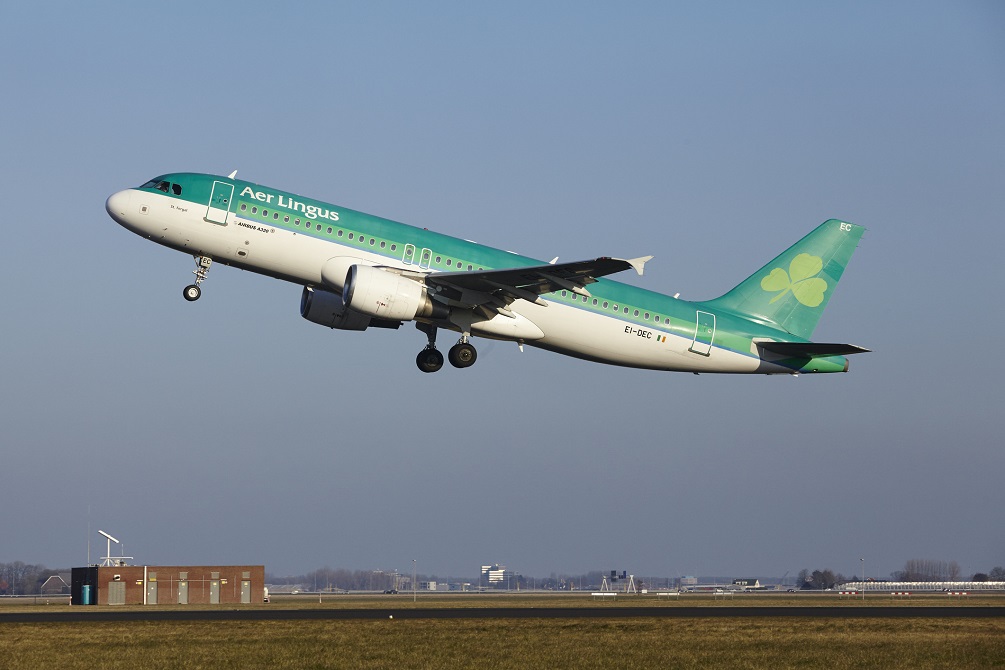 Aer Lingus reopened its Dublin-Philadelphia service, yesterday, with intentions to increase connections from the Irish capital as demand picks up.

The airline is flying the route for the first time since the outbreak, with a six-times-weekly frequency that will increase to daily next month.

Flights between Dublin and Los Angeles will restart on 12th May, followed by Dublin-Seattle on 7th July, and finally Dublin-Miami in October.
Following the demise of Stobart Air, Emerald Airlines has restarted Aer Lingus Regional, which will provide regional feed for Aer Lingus’ transatlantic trips from Dublin.

On 15th April, new UK links from Bristol and Leeds Bradford will begin, followed by Exeter and Newquay on April 29.

Birmingham, Manchester, Edinburgh, Glasgow, Newcastle, Heathrow, and Gatwick will all be served by Aer Lingus Regional.

It will add two more US transatlantic services from Shannon, to New York JFK and Boston.
Aer Lingus will use the new Airbus A321neo long-range aircraft on a number of its US routes, which will improve fuel efficiency and reduce noise pollution.

Aer Lingus has partnered with VeriFLY, like IAG stablemate British Airways, to allow travelers to acquire prior approval of any necessary Covid-19 travel papers before flying.

Passengers traveling to the United States via Dublin with Aer Lingus can pre-clear US immigration prior to departure to avoid long lines at the border.

Aer Lingus executive vice-president for the United States, Bill Byrne, said: “Aer Lingus are excited to announce the resumption of a number of exciting US destinations this summer as we build back our connectivity to the US, connecting people from Birmingham, Manchester, Edinburgh, Glasgow, Newcastle and London on to North America via Dublin.

“With the convenience of US Customs and Immigration pre-clearance at Dublin and Shannon, time spent connecting through both airports provides customers with a speedier journey overall as you arrive in the US as a domestic customer.”