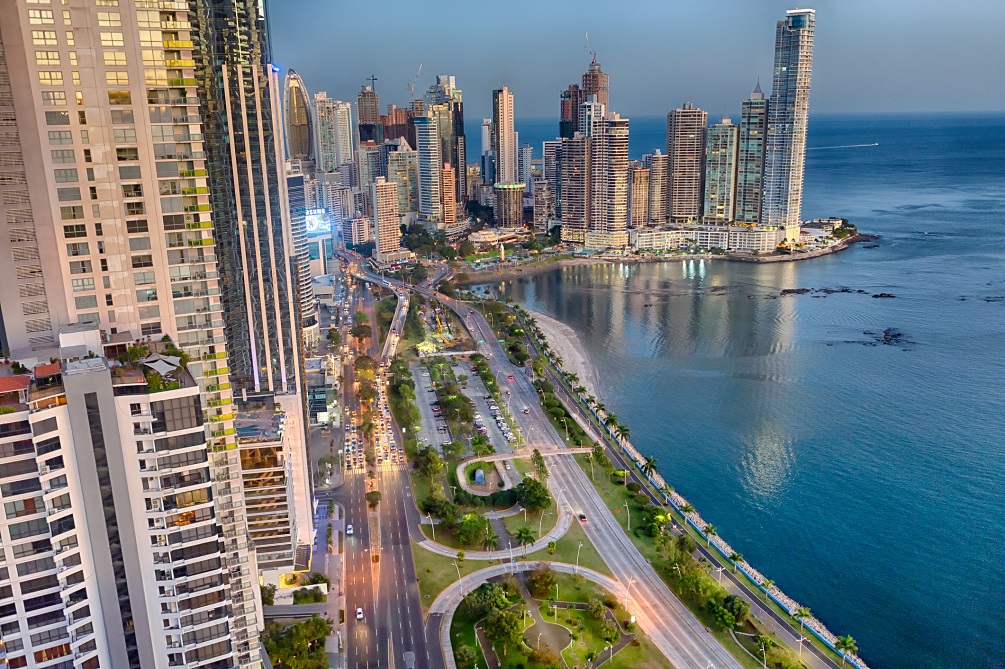 On the famed Isthmus of Panama, a land strip connecting the Northern and Southern worlds, the largest country of Central America can be found: Panama. Welcome to a land full of lavish jungles, rich coastlines, and vibrant cities.

Boarded by Costa Rica in the North and Columbia in the South, Panama is a country defined by provinces and regions. A vast country, Panama displays an array of landscapes that differ from its neighbors. This article aims to explore some of the most beautiful destinations of this Central American country.

Close to the Southeastern border of Costa Rica, the Bocas Del Toro province encompasses the Northeastern region of Panama. Translating to Mouths of the Bull, the province comprises the mainland and the offshore archipelago (9 main islands, as well as many more uninhabited and remote islands).

And with good reason too. The waters surrounding the archipelago are rich in marine life. For avid nature lovers and adventurers, a wealth of outdoor activities can be enjoyed; from scuba diving and snorkeling to kayaking along the many waterways. Venture inland and dense jungles can be found, housing a great diversity of life, including the critically endangered and endemic pygmy three-toed sloth.

Directly South of Bocas Del Toro, the beautiful province of Chiriquí announces itself. Situated in the Pacific West of Panama, the landscapes are rich in diversity – from vast stretches of golden coastline to mountainous valleys. Similarly to Bocas Del Toro, a host of spectacular offshore islands can be found, including the luxury resort of Islas Secas, found in the Gulf of Chiriqí National Marine Park. The spectacularly clear waters here are ideal for snorkeling, but one of the main attractions is to go whale watching!

Another popular destination within this province is the mighty Volcan Baru National Park. Reaching an impressive 3400 meters, it is possible to see both the Caribbean Sea and Pacific ocean on a clear day. The area is designated a National Park, with over 250 bird species recorded within.

For the nature lovers amongst us, Veraguas is one of the top destinations to visit in Panama. Incredibly, Veraguas is the only province in Panama to boarder both the Atlantic and Pacific oceans. Encompassing such a large geographical region, expect to find an assortment of landscapes and habitats, including mountains, rivers, beaches and rainforests.

One of the main attractions to the province is Cobia National Marine Park. Situated off the Pacific Coast, this is the largest island in Central America. Often referred to as the “Galapagos of Central America”, it comes as no surprise that the scenery and wildlife is world-class. Don’t forget to grab your snorkel.

But nature isn’t everyone’s cup of tea. For those after a bit of culture, discover the capital of the region – Santiago de Veragus – and explore the central plaza.

In the heart of the county, but tucked in the corner of the Azuero Peninsula, Los Santos is boarded by both the Gulf of Panama and the open ocean. Despite being one of the smaller provinces of the country, Los Santos contains 6 National Parks, protecting a range of habitats and ecosystems, including tropical savannah, mangrove, and sand dunes – all of which are ecologically important breeding sites for rare animals. Many tour companies offer unique tours that allow visitors the opportunity to explore some of these productive systems – from kayaking tours to night tours.

The capital, Las Tablas, is culturally important. The historic town is recognized for its art, music, culture, and cuisine. One of the biggest carnivals, attracting over 200000 people per year, is hosted in the province in the months of February to March. From Panama City, the journey to Las Tablas takes approximately 4 hours by car.

In the South-Central region of Panama, you will find the charming province of Coclé. Situated around the Gulf of Parita, Coclé has some of the most sought-after beaches in the nation, with thousands of tourists attracted to the golden strips of coastline.

Without a doubt, the beaches of Santa Clara and Rio Hato attract the most attention, however, there is a shift towards more inland villages in the province. One of these newfound attractions is the humble mountain town of El Valle. Situated in a unique location, within a volcanic caldera, the area boasts rich biodiversity. El Cano Archaeological Park is a site of special scientific and cultural importance, with pre-Columbian carvings found dotted around.

Housing the Atlantic entrance of the world-famous Panama Canal, Colon has often been associated with trade and goods. However, there is so much more to this North-Central province. Enter the San Lorenzo Protected Forest, and immerse yourself within lush rainforests.

Unfortunately, this province is also thought to be one of the more dangerous places to visit in Panama. Keeping your wits about you and following guidelines, the positives outweigh the negatives by a longshot. The impressive and dominating Panama Canal allows visitors a chance to gape at giant tankers, as they navigate the narrow waterway. The architecture of the province is also worth exploring, especially the monument and cathedral to Christopher Columbus.

The home of the world-famous Panama City, the capital of Panama, the region is simply known as Panama is often the starting destination for many international travelers. Often referred to as the “Central American Miami”, Panama City is one of the most developed cities in Central America. With towering skyscrapers and pristine walkways, the capital is a pleasant sight to behold.

From this stronghold, many day tours can be organized from the capital. Soberania National Park offers many hiking trails, very close to the city. For those wishing to spend a few days away from the city, take a boat to the nearby Pearl Island Archipelago, and relax on stunning beaches.

While the majority of Panama is catered to a large volume of visitors, with easy accessibility around the country, the province of Darién is an exception. The Easternmost province, it shares its border with the remote and rugged lands of Northern Columbia. Completely undeveloped from the Western world, Darién is covered in endless forests, swamps, and marshlands. The Darién National Park extends for over 575000 hectares, making it the largest protected area in Panama. Within the park, there is a high degree of endemism – species that are found nowhere else on earth – making this a top destination for nature lovers.