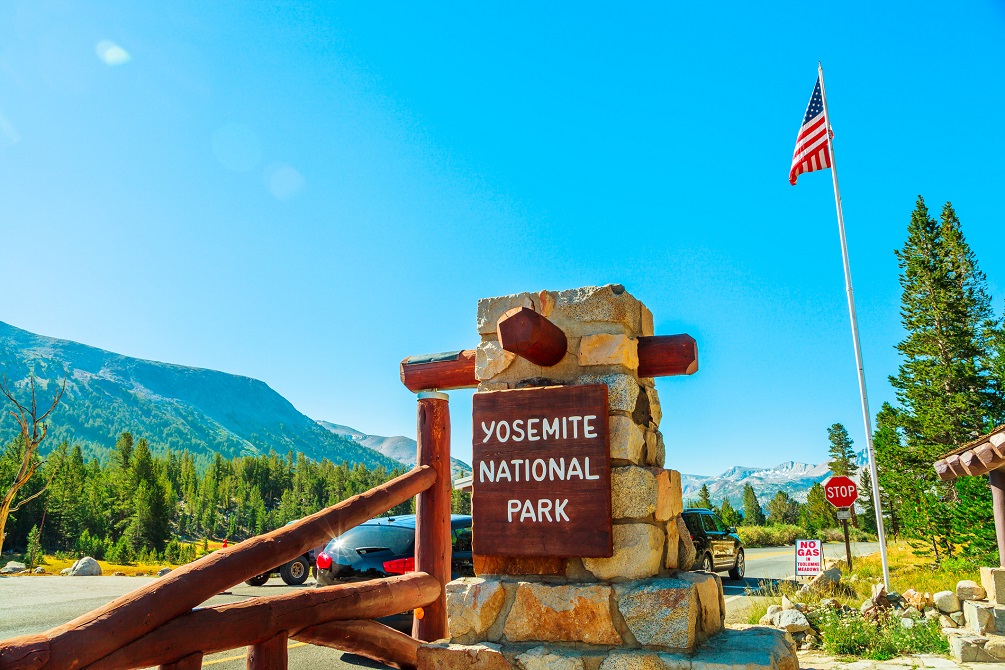 Yosemite National Park receives 4.3 million visitors a year, spans 3,028.8 sq km, and was designated a UNESCO World Heritage Site in 1984.  Yosemite is perhaps best known for its plunging waterfalls, but it also encapsulates the 8 miles long Yosemite Valley and the granite domes of El Capitan and Half Dome, amongst other breathtaking natural landmarks.

Although Yosemite National Park is typically open year-round, deciding which season to visit is an important consideration.  So many elements relating to the park change with the seasons – from the volume of crowds to the accessibility of certain routes and hiking trails to the temperature and weather – as well as the periods when the various landmarks are ‘at their best’.

When deciding which time of year is best to visit Yosemite, it’s worth considering the attractions that you most want to see, and what you’re willing to compromise.  Many would say that the ‘sweet spots’ are near the end of spring and as summer draws to a close – when the crowds begin to wane but the majority of the popular sightseeing spots are open and accessible.

Springtime is a particularly breathtaking period in Yosemite as many of the waterfalls are in peak flow due to the runoff that occurs from the melting snow.  Yosemite Falls for example (the highest waterfall in the park), flows roughly from November to July but its peak occurs in May.  May is also the peak time to experience the tumbling torrents of water that makeup Sentinel Fall, Ribbon Falls, and Bridalveil Fall.  During the spring you’ll also see blooming arrays of wildflowers blanketing the meadows, as well as flowering dogwoods and other species of blooming trees.

The weather is also usually more temperate and mild in the spring – meaning you’ll find hiking along the various trails a more comfortable experience than during the intense heat of the summer season.  The trails themselves are also much quieter as Yosemite receives the majority of its visitors during the summer months – campsites often reach capacity as soon as they open for booking, and the roads become much busier with traffic.

One of the reasons that Yosemite sees such an increase in visitors from June to August is that this is when the majority of the roads and trails are fully open.  Accessing the breathtaking viewpoint of Glacier Point is only possible from late spring to early autumn and varies year on year depending on snowfall.  (Although it is possible to make the 10.5-mile journey from Badger Pass Ski Area to Glacier Point on cross-country skis from December through March if you’re an experienced skier).  Glacier Point is best viewed at sunset or sunrise when you can see the granite peak of Half Dome take on a reddish hue.

The summer is a great time to enjoy the variety of outdoor activities on offer at the park.  If you want to fully embrace the outdoor lifestyle, then Yosemite has 13 campgrounds that are open from April to September – with the Summer months being the most popular time for camping as it’s not as cold at night.  For those into waterborne activities, you’ll find a whole host of options available – from swimming in many of the park’s waters to floating down the Merced River in a rube, to white water rafting! Although it’s not possible to rent kayaks or canoes within the park, many paddle enthusiasts bring their own kit and navigate the waters of Tenaya Lake.  Tenaya Lake and the Merced River are also popular spots for fishing – this is available from the last Saturday in April to mid-November.  Trout stream fishing is particularly popular in the summer.

As Yosemite is so popular with families, you’ll find the crowds start to dissipate come September when children go back to school.  As the trail and road closures generally don’t occur until October or November, many would say that September is another great month to visit – particularly if you’re interested in hiking or rock climbing.  Although you can spot the changing colors of various foliage as autumn sets in, the majority of the trees in the park are Evergreen firs and pines (so you won’t get the spectacular show you might expect in other regions).

Winter is the least popular time for visitors to flock to Yosemite, but it is frequented by winter sports enthusiasts keen to go sledding, skiing, ice-skating, or snowshoeing.  The winter months are certainly a picturesque time for the park – with its snow-capped peaks and frozen lakes creating the feel of a winter wonderland.  Whilst some of the hiking trails are available in winter, the Tioga Road and Glacier Point Roads are both closed, and drivers should carry tire chains.

Which season would you recommend for visiting Yosemite National Park?