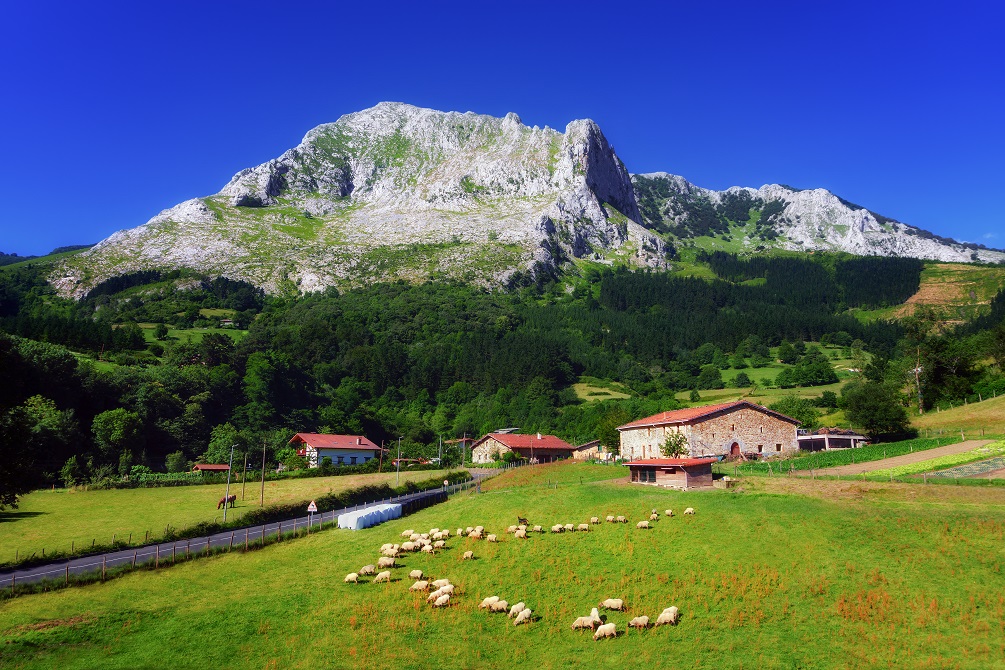 Not far from the French border, looking out to the Bay of Biscay on Spain’s northern Atlantic coast sits San Sebastian. Spain is a country with plenty of beautiful coastal cities, but San Sebastian is considered by many to be the most attractive. As well as being a stunning city San Sebastian that must be seen, it’s also a great base from which to explore one of Spain’s most interesting regions: The Basque Country.

This article gives a few of the most compelling reasons to holiday in San Sebastian and shares some of the major things to do in The Basque Country.

San Sebastian is one of those cities that’s hard to define. Is it a beach resort; a gastronomical destination; or an architectural gem? The truth is that San Sebastian is all of these things.

In 2016 San Sebastian was recognized as Europe’s Capital of Culture – remarkable considering the population of the wider metropolitan area is around 400,000. What you realize very quickly, however, is that the residents of San Sebastian, and the Basque Country at large, are fiercely proud of their cultural roots.

In Donostia (the Basque name for San Sebastian) and across the region people speak their own language – Basque – routinely celebrate cultural traditions and work hard to ensure that their unique culture is maintained.

Many visitors to San Sebastian, or Donostia as it is known in Basque, come for culinary experiences. San Sebastian has 11 Michelin-starred restaurants including the world-renowned, Arzak, which has been awarded 3 stars.

San Sebastian isn’t all about fine dining though; the city and the people celebrate eating in all its forms. The mainstays of the region’s cuisine such as grilled lamb, cured meats, piquillo peppers, artichokes, fresh anchovies, salt cod, and a large variety of cheeses made from sheep and goats cheese can be sampled in small seaside cafes and friendly delis.

As you would expect of a coastal city San Sebastian has some fantastic beaches. The most popular is the horseshoe-shaped Concha Beach which offers plenty of room and safe swimming. To the western end of Concha is the quieter Ondarreta Beach where you’ll find the Peine del Viento sculpture, the symbol of the city. To the east of Concha, in the trendy neighborhood of Gros is Zurriola Beach. This is the beach for surfing, or watching the surfers take on some pretty serious waves.

A walk around the city is a great way to build up an appetite and San Sebastian has some impressive architecture to see. The Parte Vieja old buildings such as the Basilica de Santa María del Coro and the Castillo de la Mota give an indication of San Sebastian’s prestigious history. If you’d like to take a deep dive into San Sebastian’s past the Casa de la Historia and the San Telma Museo are the standout museums.

San Sebastian is a charming city that’s aesthetically pleasing and offers plenty of options for different types of travelers, from the experienced gastro-tourist to the laid-back surfer. After you’ve explored the city why not take the chance to see a bit more of the Basque Country?

Things to Do in The Basque Country

The Basque Country or the Basque Autonomous Community has a complex history. As we’ve mentioned the region is proud of its cultural identity and history. The Basque language is widely spoken, alongside Spanish.

For a long time, the region had an unfortunate reputation as a dangerous destination due to the activities of ETA, an armed separatist organization. Thankfully ETA announced it was ending its political initiative in 2017 and has completely dissolved all of its structures and given up any weapons still held by members.

The Basque Country offers a glimpse into an independent and interesting culture where food, drink, and good company is highly valued. There is also a varied landscape to discover from rocky coasts, sheltered coves, and hidden beaches to mountains and cosmopolitan cities.

You’ll find excellent wine in Basque Country. The produce of wine regions like Labastida, Elciego, and Samaniego. Some visitors rate the wine so highly that they choose to organize their holiday in the Basque Country around visits to the innovative wineries and country estates.

Gernika is the Basque village made famous through Pablo Picasso art. This was one of the places decimated by the Condor Legion during the Spanish Civil War. The Museo de la Paz de Gernika gives a moving account of the wartime events.

In order to reach the religious site of San Juan de Gaztelugatxe, you’ll have to cross the Bay of Biscay footbridge. This stone walkway itself is spectacular and the view from the top gives an incredible view of the Bay of Biscay, which makes the 241 steps well worth the effort.

Vitoria-Gasteiz is the capital of the Basque Country. Although it doesn’t attract as many visitors as the more recognized cities, Bilbao and San Sebastian, Vitoria-Gasteiz’s historic center is stunning and conveys a real medieval vibe. The Cathedral Santa Maria is the standout gothic structure.

The Basque Country is an ideal holiday destination for anyone that wants to explore old Spain and enjoy all that it has to offer. San Sebastian is a great base from which you can start your journey or end it, perhaps with a few days of relaxing on the beach.