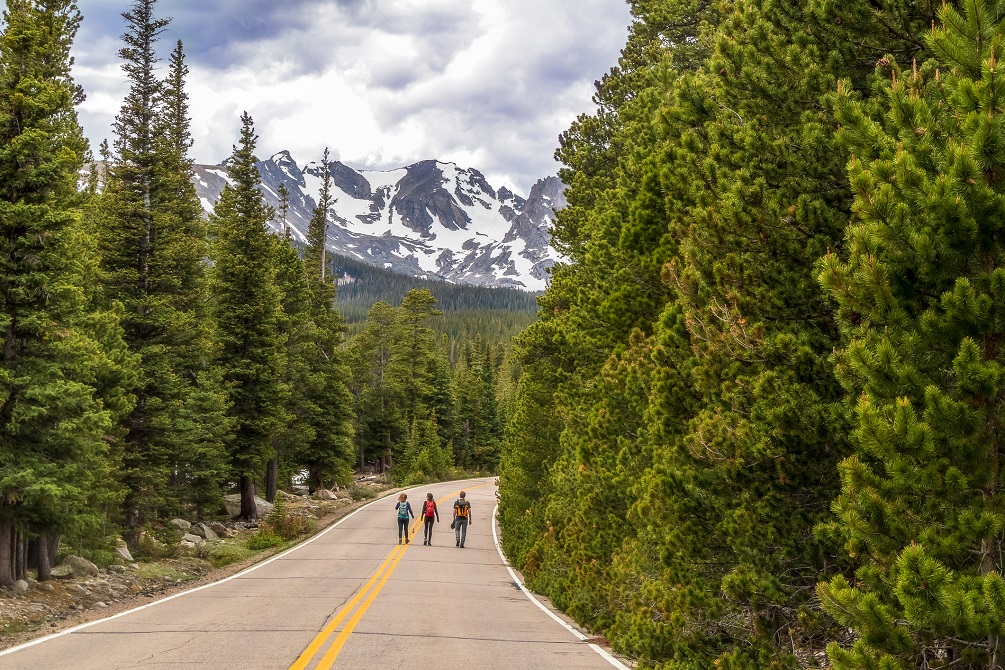 In the central region of the North American continent, sits the state of Colorado. This is a unique state within the continent, for the Colorado Plateau in the Southern Rocky Mountains meets the Great Plains. Since 2010, the population of Colorado has increased by 15%, perhaps attributed to the incredible natural spectacles and wealth of physical activities on offer.

One of the most popular places in Colorado, for both residents and tourists, is the city of Denver. With a population of just under 1 million inhabitants, Denver has a plethora of activities to entertain; from art galleries to zoological parks. However, the very best has to be what is found naturally occurring in nature. The Rocky Mountains can be found on one side of Denver, offering incredible rock structures and high-altitude forests. On the other side, the flat Plains stretch for miles, undisturbed. Here, large mammals and hunting birds roam free.

To experience the very best of Denver and the surrounding areas, strap on the hiking boots and hit the trails. Enlighten your senses with an array of sights, smells, and sounds in the North American Wilderness.

Read on to discover some of the best places to hike near Denver.

Located just a short drive from downtown Denver, the Rocky Mountain Arsenal National Wildlife Refuge (what a mouthful) is a wide, open space covering over 15000 acres of habitats. This reserve is a true conservation success story and has transformed with the transitioning demographics. Once farmland, the reserve soon became a wartime production site. Finally, in the early 1980s, the U.S army began an extensive environmental cleanup. By 1992, it was designated a site of the national wildlife refuge.

Across the large expanse of land, visitors can hike the 20 miles of trails that wind their way through the refuge. Expect to encounter a range of habitats – including, prairie lands, woodland, and freshwater lakes. Incredibly, this urban sanctuary is home to more than 300 species of animals, including some species once on the verge of extinction: American bison and black-footed ferrets. Other wildlife sightings include burrowing owls, a unique raptor species that live in underground burrows, bald eagles, and coyotes.

On top of hiking around the many trails, there is also an 11-mile circular route for vehicles. This allows visitors to cover a large area to take in as many sights.

Moving away from the prairie lands and into the towering mountains, Red Rocks park is where the Great Plains meets the Rocky Mountains. Along the Eastern slopes of this mountain range can you find the Red Rocks Mountain Park; named after the near 100-meter sandstone rock formations. Within this 640-acre park, many famous red landmarks are dotted around, attracting thousands of visitors from all across the globe, per year. Some are so famous, they have their own names. One of the main attractions to the area is the naturally occurring amphitheater formed into the rock.

The park offers a few hiking trails, with spectacular views. On a cloudless day, one may expect a view expanding for nearly 200 miles, overlooking Denver and the Great Plains. Many of the trails meander through the colossal rocks, which were formed approximately 290 million years ago.

Although there are few strenuous trails to be found here, one should visit this iconic park for the views alone. At just 15 miles West of Denver, this National Park makes for a great family day out. To optimize your visit, explore the Red Rocks homepage to discover local acts and performances playing in the amphitheater.

Just 19 miles West of Denver, the charming town of Evergreen sits. Named after the evergreen trees surrounding the community, the town boasts numerous Blue Spruce trees. This quintessential North American town has a population of less than 10000; you can feel nature all around.

Within this Rocky Mountains town, expect to find a wealth of trails extending through different ecosystems. One of the most scenic of these trails is Maxwell Falls. As the name suggests, a series of waterfalls can be found navigating through the rocky landscape. Copious evergreen trees litter the path and nothing but the sound of nature can be heard. In the summer months, bears can be frequently observed in these parts. However, come winter, temperatures have been known to drop to a rather frightening -36°c.

If off the beaten track isn’t really your style, but you still want to experience a taste of the wilderness, discover Jefferson County Open Space. This large expanse of land sits parallel to the main road, Buffalo Park Road, heading in and out of Evergreen. But don’t let that put you off. Away from the road, many trails ranging in length can be found winding their way through the park. Wildlife is in rich supply, with huge gatherings of elk and deer congregating within the open spaces.

Located at the base of the foothills of the Rocky Mountains, Boulder can be found 25 miles Northwest of Denver. Despite being one of the most populous cities in the state of Colorado, the natural beauty of Boulder is staggering. Some of the most iconic scenery in the region is the Flatirons, slanted slabs of sedimentary stone.

Mount Sanitas is a must-do hike in Boulder. Rated difficult, this trail sees an elevation gain of over 1300 meters. The strenuous climb will be sure to get the lungs and legs pumping, as you scale the slopes of this mountain to reach the summit. The views at this altitude, as you can expect, are beyond magical, as you overlook the city of Denver and the extending Plains below.

You can turn this hike into a circular loop, and incorporate a range of different ecosystems. The terrain varies greatly, ranging from open meadows to jagged rockfaces. The rockfaces are in fact world-famous, attracting avid rock climbers from all across the globe. There are many species to be found along the circular loop, including many migratory bird species and mammals. Iconic residents are the Colorado chipmunks.